Great Lakes Gun Rights is organized as a 501(c)(4) non-profit, non-partisan grassroots citizen organization made up of gun owners and lovers of liberty.

Instead, Great Lakes Gun Rights seeks to inform gun owners, voters, and liberty activists in Michigan on their candidate’s positions on firearms issues.

The goal is to hold politicians accountable and achieve maximum liberty for an individual to defend himself, his family, and his property without having to ask government for permission to do so.

By signing petitions, postcards, letters, sending emails, faxes, making phone calls, personally visiting your state legislators, and contributing, together we can take back our individual liberty to defend ourselves from the government licensing system that exists today.

We invite all of Michigan, and anyone else, who believes in freedom, liberty, and private property to join Great Lakes Gun Rights. 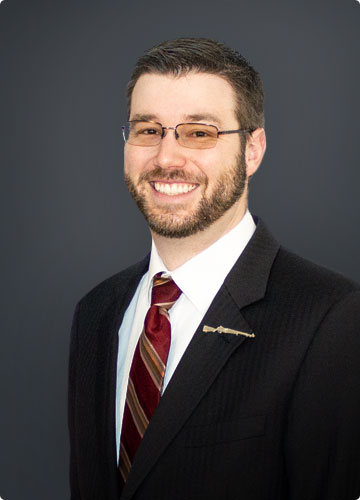 Brenden is the Founder and Executive Director of Great Lakes Gun Rights.

With over a decade of public policy and grassroots political experience, Brenden is helping transform the gun rights debate in Michigan by working with pro-gun legislators to get the first Constitutional Carry bills filed in Michigan history starting in 2015 and obtaining a recorded vote on Constitutional Carry in the Michigan House of Representatives in 2017.

In addition to his work with GLGR, he is the Director of Field Operations for the National Association for Gun Rights. In this role, Brenden has been instrumental in the passage of Constitutional Carry in well over a dozen states.

After graduating from Western Michigan University with a Bachelor of Arts in International Relations and Comparative Politics, Brenden began working in grassroots politics in Indiana and Kentucky.  He went on to advance his legislative knowledge by serving as a Legislative Aide for Ohio State Representative Ron Hood before joining NAGR in 2014.

Brenden is a native of Tawas City, Michigan and currently resides near Grand Rapids with his wife and children.  He enjoys reading, hiking, spending time with family and friends, and is actively involved with his church congregation.

Are you kidding me?A week before the Republican Primary on August 2nd where Michiganders will choose who will run against Democrat incumbent Governor Gretchen Whitmer, Kevin Rinke appears to have just revealed his real opinion of gun owners and the Second...

Michigan law enforcement officers may soon be tasked with enforcing the first wave of gun control coming out of the Biden White House.The ATF’s new regulations and the most broad gun control bill passed in 30 years are going into effect and the gun grabbers are...